In the second installment of our weekly series, we bring you some new indicators that will allow you to analyze the latest ranking with even more accuracy. 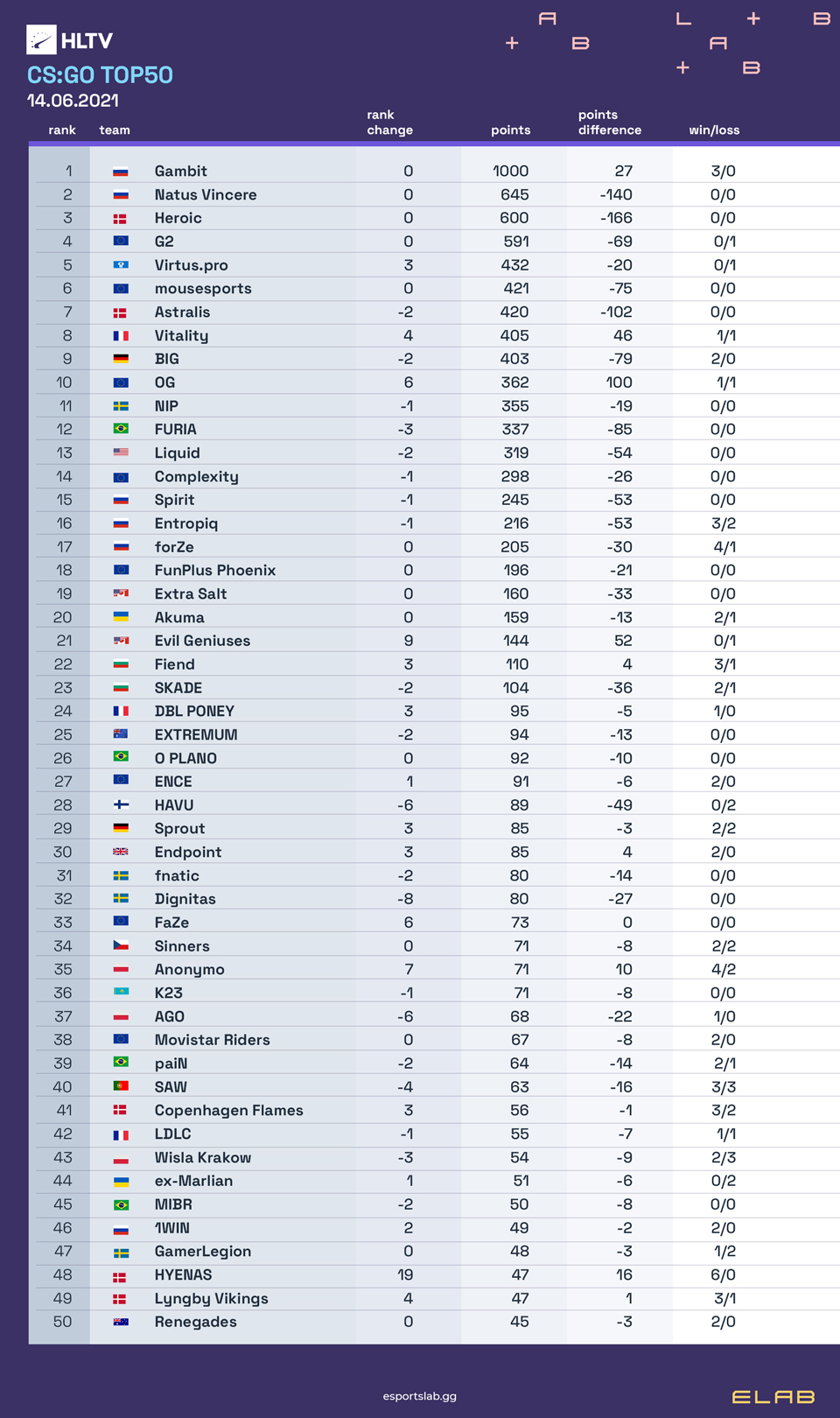 Gambit fans are celebrating the loudest this week. The Russian team won three consecutive games last week and gained an additional 27 points. The gap between Gambit and Natus Vincere is now 355 points.

At the top of the rankings, we observe a very interesting trend. The top of the table has divided into several parts, which can be best observed in the graphic below. 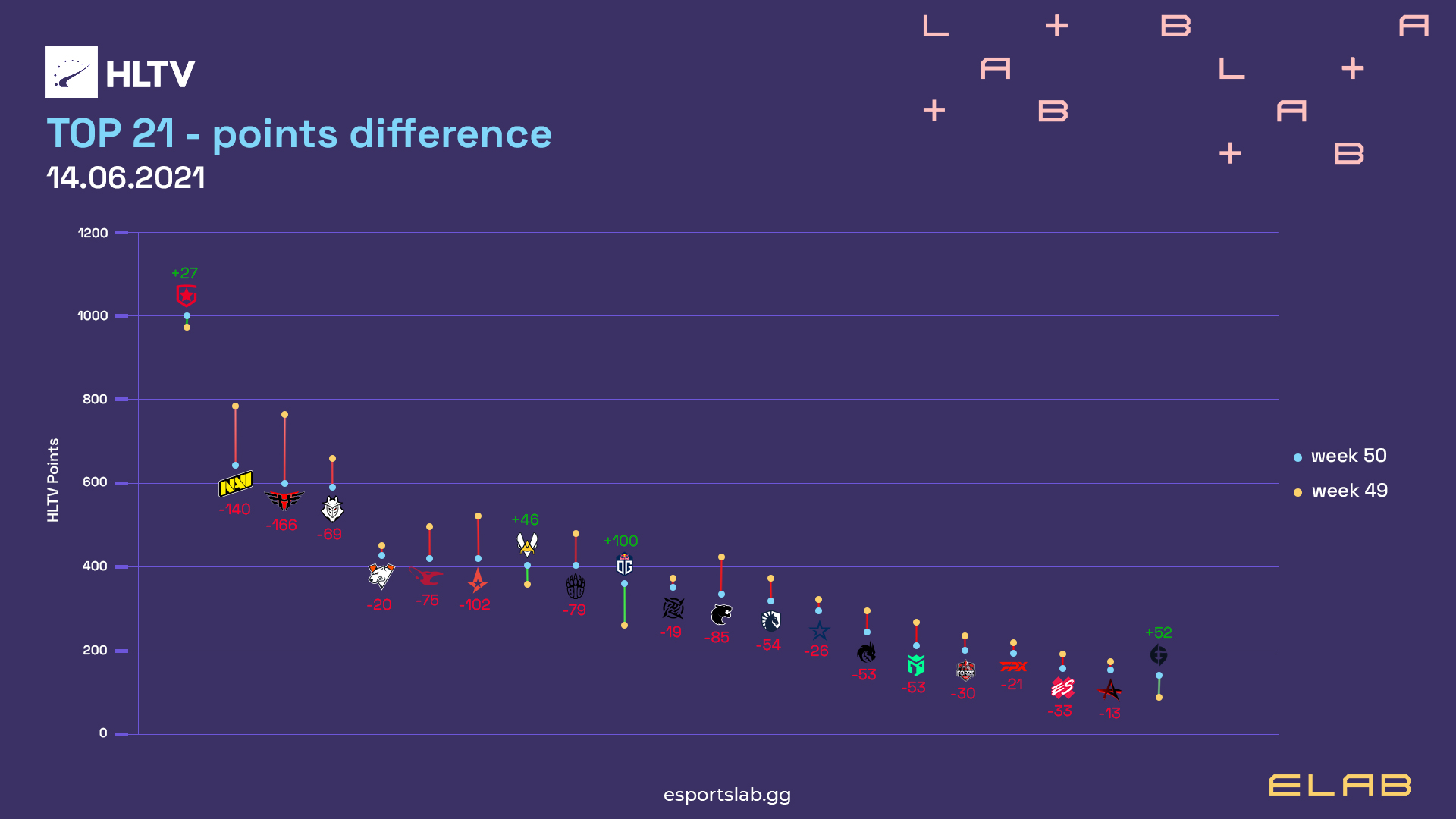 At the very top, far above the rest of the competition, lies Gambit. Several hundred points lower is the first group of chasers in the form of Na'Vi, Heroic, and G2, who lost a considerable number of points this week. Less than 200 points lower another five teams are trying to catch up with the best - Virtus.pro, mousesports, Astralis, Vitality, and BIG. The differences between the teams are very small, which can result in significant drops and promotions.

This week we saw it happen to OG, who gained as many as 100 points, thus breaking into the top ten of the rankings. Despite such a huge increase in points, the biggest promotions can be seen a little lower in the table. 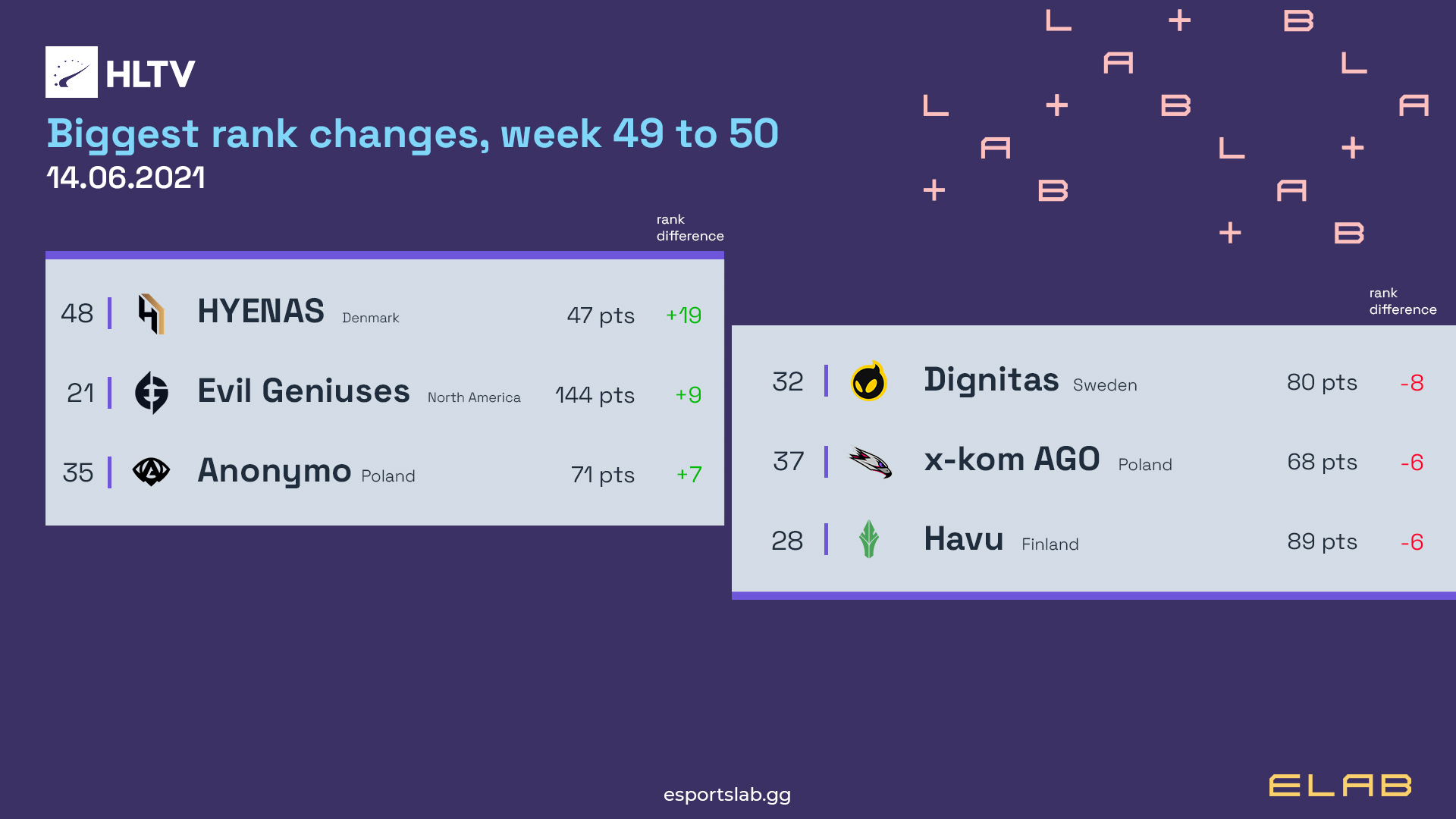 The leaders in the statistic of the biggest rank change in the TOP50 are HYENAS, Kjaerbye's Danish team, which moved up 19 positions in the past week. The biggest drop, on the other hand, belongs to Dignitas, which is now in the fourth ten of the HLTV ranking.

The eyes of Polish Counter-Strike fans were mainly on Anonymo, who rose seven places with 71 points. AGO lost 22 points and dropped six spots, while Wisla dropped three spots, losing three of their five games played. Izako Boars, on the other hand, has been hit hard by the departure of two of its players, falling from 59th to 100th place.

You can also follow our analysis of the HLTV rankings on ELAB's social media accounts. Each week on Twitter and Facebook we publish a summary of changes in the TOP20 and the current placement of Polish teams.