The first part of IEM Cologne 2021 is behind us, and while the best Counter-Strike teams are playing at the LAN tournament, the rest of the teams are fighting for higher positions in the HLTV rankings.

The HLTV rankings don't reflect the excitement in the Counter-Strike community about IEM Cologne 2021, as only the Play-In matches were counted in the latest update. We won't know until next week how the rest of the tournament will affect teams' rankings. 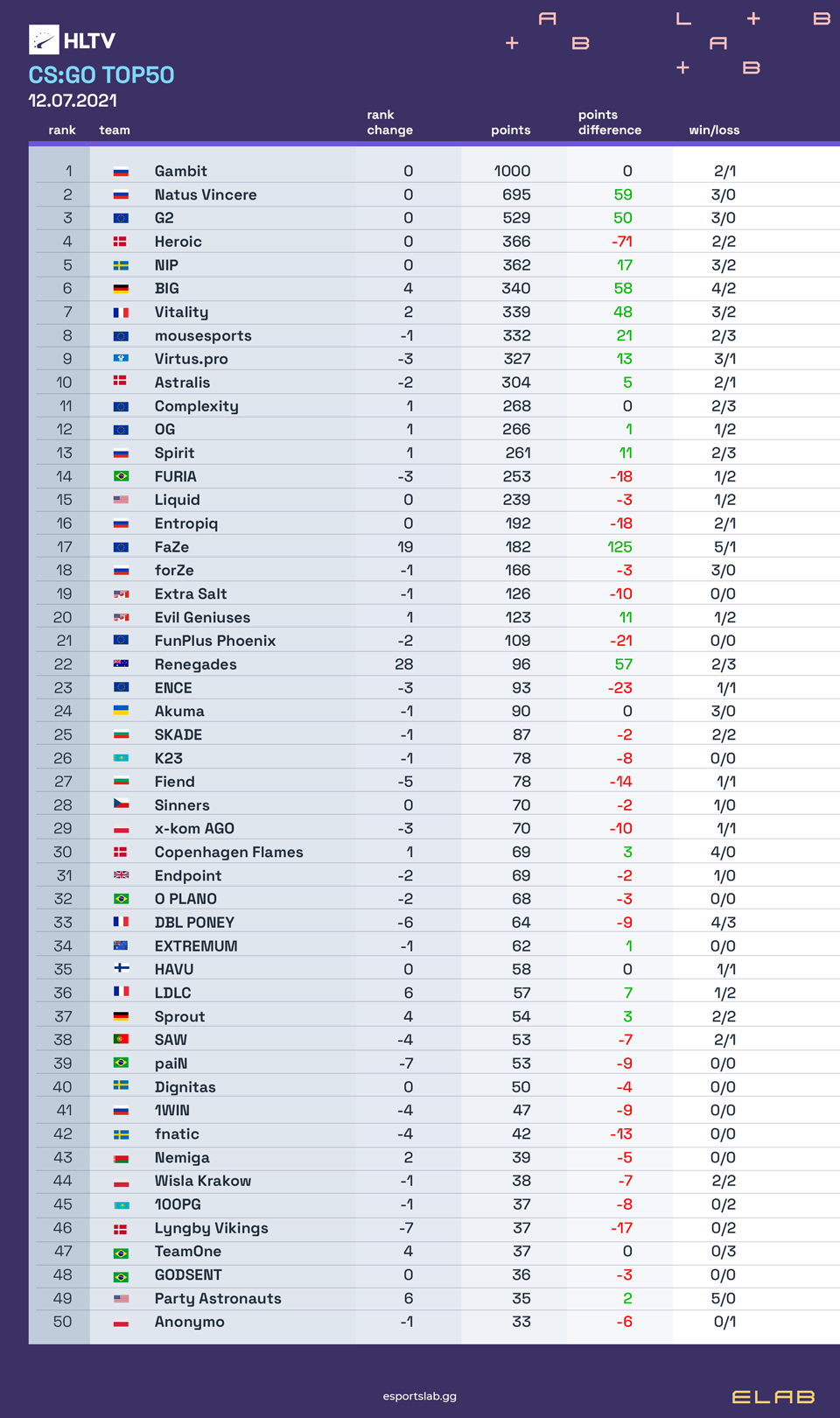 At the moment, the top of HLTV looks very similar. Gambit is still on top with a huge advantage in points, followed by Na'Vi, G2, Heroic, and NIP. The biggest improvement in the TOP10 is BIG, which has jumped four positions since last week. After that, bigger changes can be seen only further down the ranking. FaZe moved up from 36th to 19th place, while Renegades jumped from 50th to 22nd. 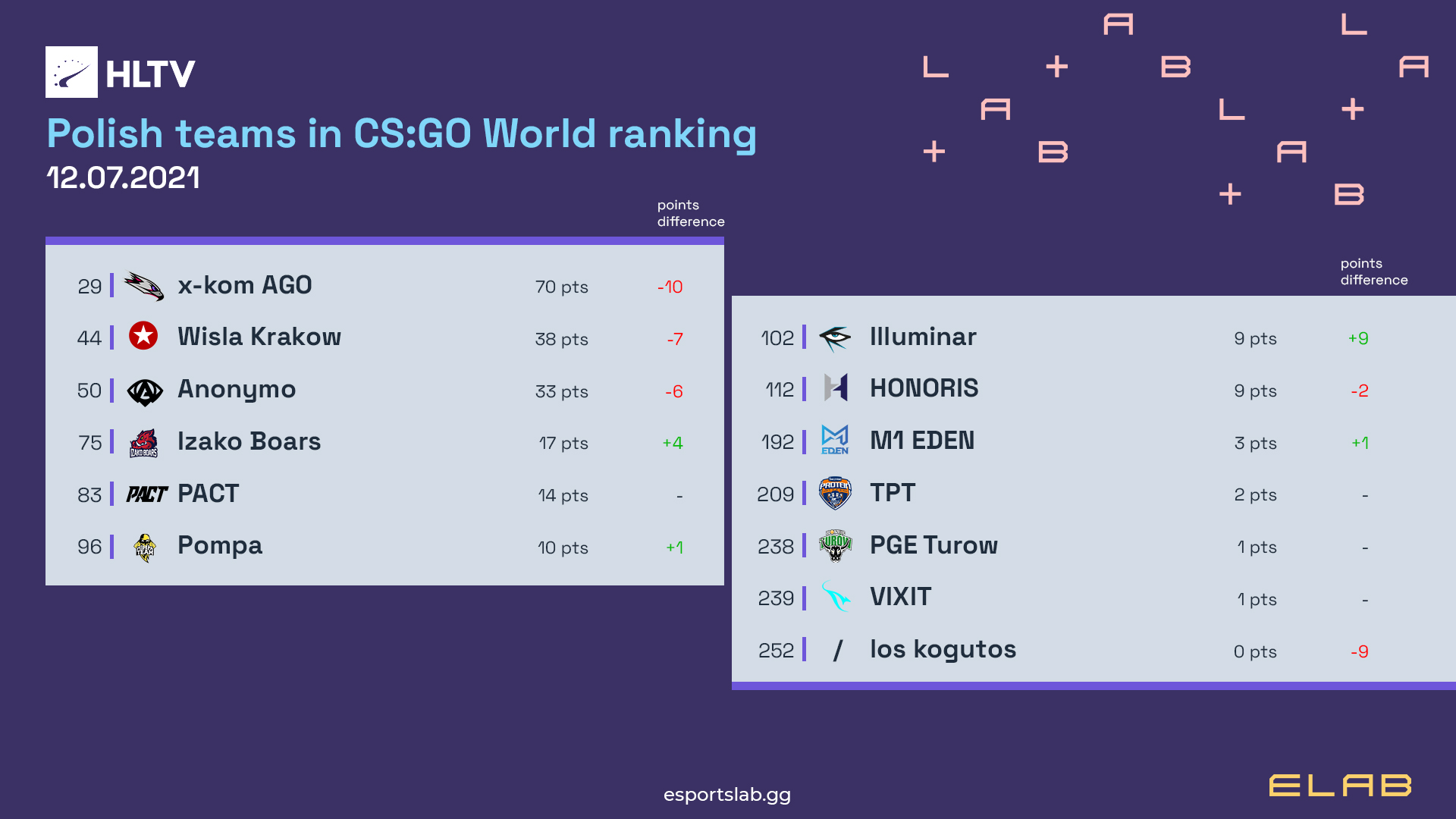 On the Polish scene, the most active teams last week were Izako Boars and PACT. PACT's win rate, unfortunately, leaves a lot to be desired (2 wins in 7 matches played). A huge drop was seen by los kogutos, who recently lost two players. Apart from that, Polish teams didn't play much, and the situation in the ranking clearly shows that vacations are approaching. 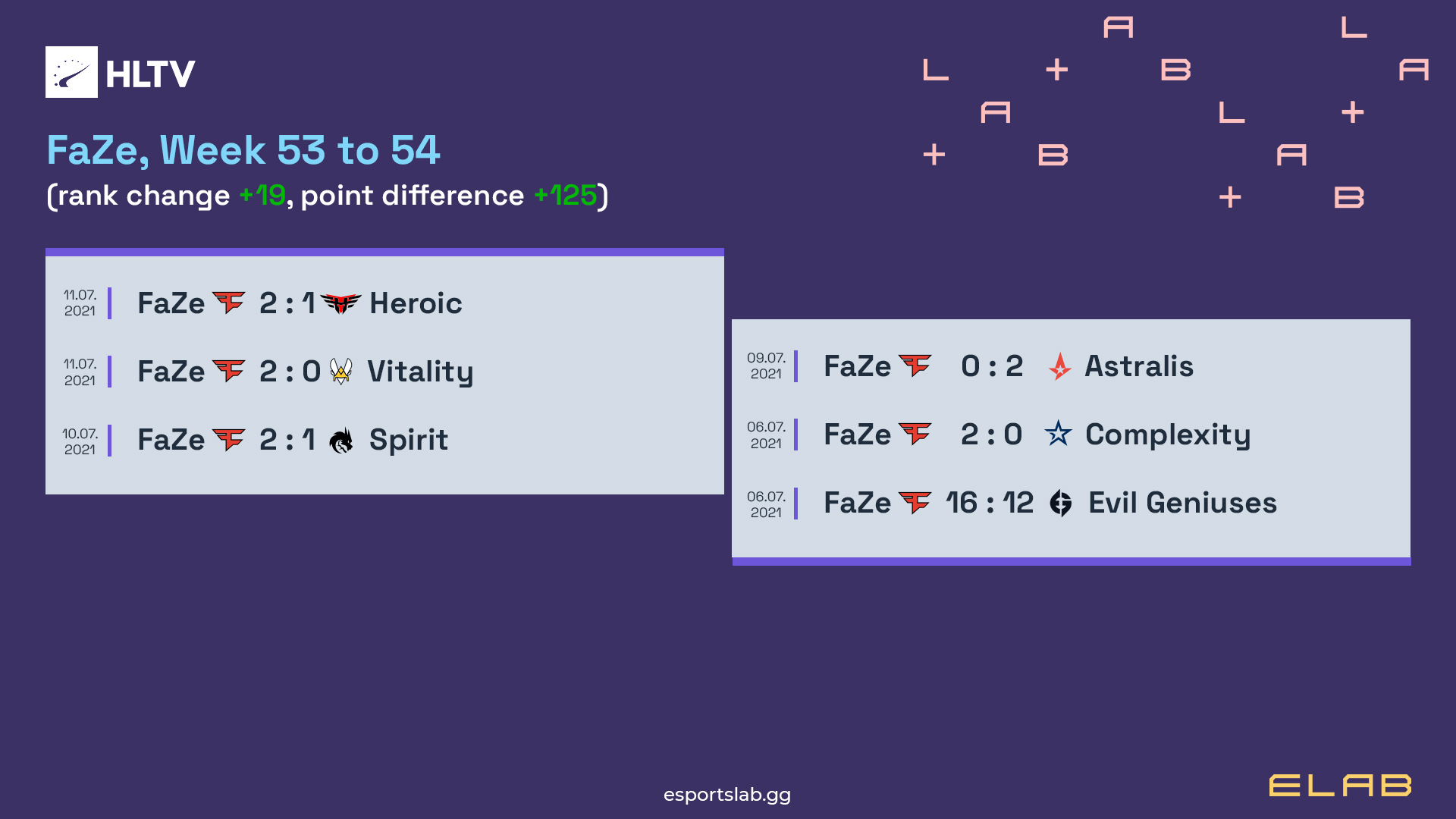 No one will be surprised that we decided to pay special attention to FaZe in today's analysis. It was the team you mentioned most often when commenting on our weekly articles. It looks like FaZe is slowly coming back to form and looking like the team we expected to see before. After the latest update, Karrigan's team scored 125 points and moved up as much as 17 positions. Best of all, this could be just the beginning of FaZe's big comeback. We already know that they made it out of the group stage of IEM Cologne 2021 and on Friday, July 16 we will see them clash with the leaders of the ranking, Gambit.