IEM Cologne 2021 has officially come to an end. The first LAN tournament in over a year resulted in one of the most exciting weeks in the HLTV rankings.

The vacations are slowly beginning in the Counter-Strike world. While this doesn't mean a complete break and tournaments will still be held regularly, the bottom of the ranking shows a low number of matches played. The maximum number of matches played in the TOP50 in the past week is only 3. Fortunately, the silence in the lower half of the ranking is compensated by the events at the top. 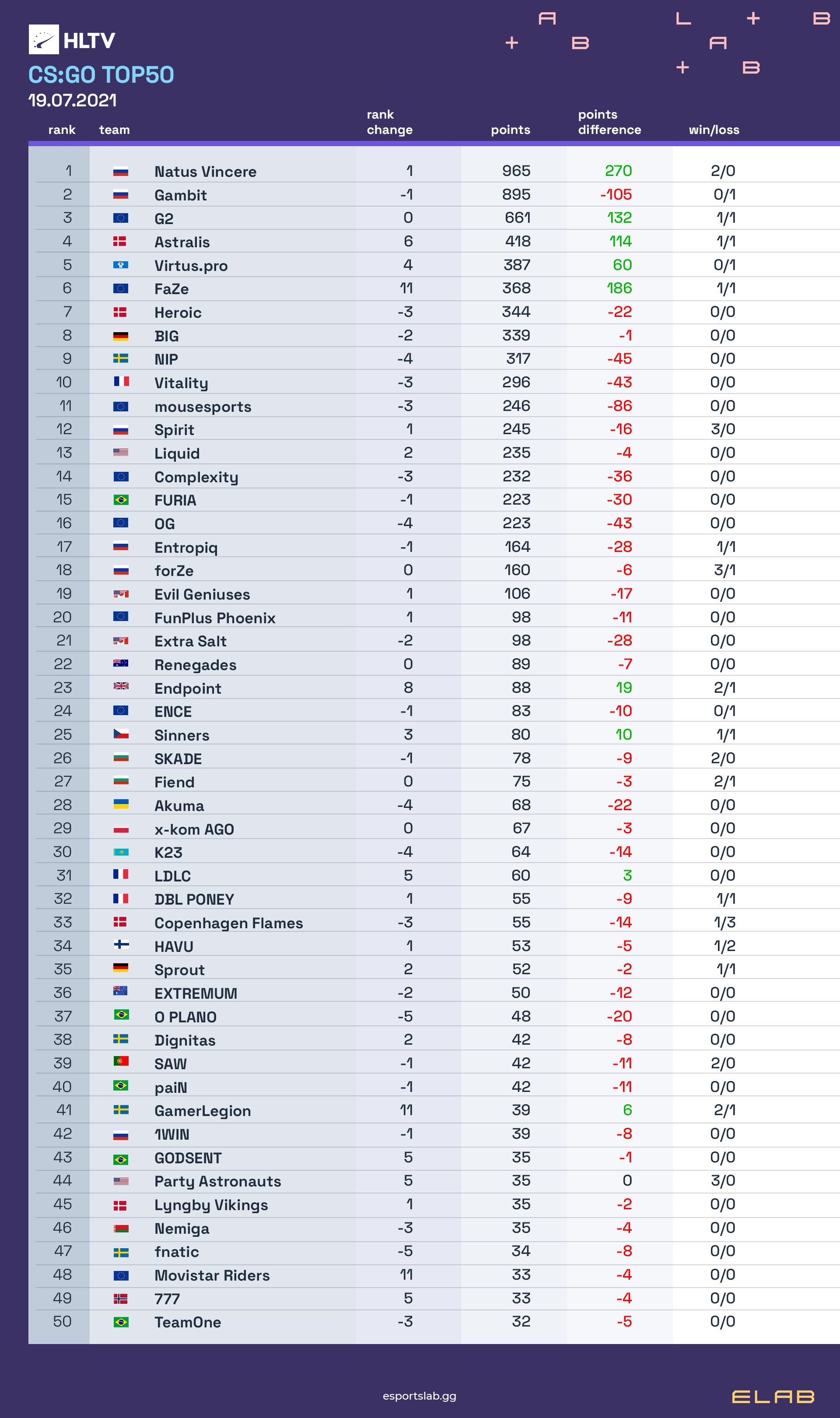 The biggest highlight, of course, is the fact that after 14 weeks of Gambit's dominance the HLTV ranking has a new leader. After a very convincing victory at IEM Cologne 2021 (Na'Vi didn't even lose a single map in the playoffs), the second Russian team moved to the top of the table. They scored as many as 270 points and made a 70-point lead over the now second-place Gambit.

Gambit is consequently the only team to lose points during IEM Cologne 2021. Last week we saw a huge rise from FaZe and Renegades. G2 scored 132 points and remained in third place. Astralis is fourth and Virtus.pro is fifth. FaZe jumped as many as 30 positions with their performance on a single tournament. In the July 5 update, FaZe was in 36th place, and now only 19 points separate them from TOP5.

We will certainly be interested to see how the teams that made big moves in the aftermath of IEM Cologne will fare in the next few tournaments. Few expected such a form of Astralis, FaZe did extremely well and Virtus.pro moved up four positions. The only question that remains is whether they will be able to maintain these positions in the coming weeks.