A very interesting week is behind us. Gambit and Na'Vi were the only teams to maintain the same number of points in the HLTV rankings. NiP benefited the most from the numerous drops of the top teams.

Although this is only the third installment of our HLTV ranking analysis, this is definitely the most interesting week so far. You only have to take a look at the full TOP50 to notice that no team gained points this week and we saw some very interesting changes in the top 10. 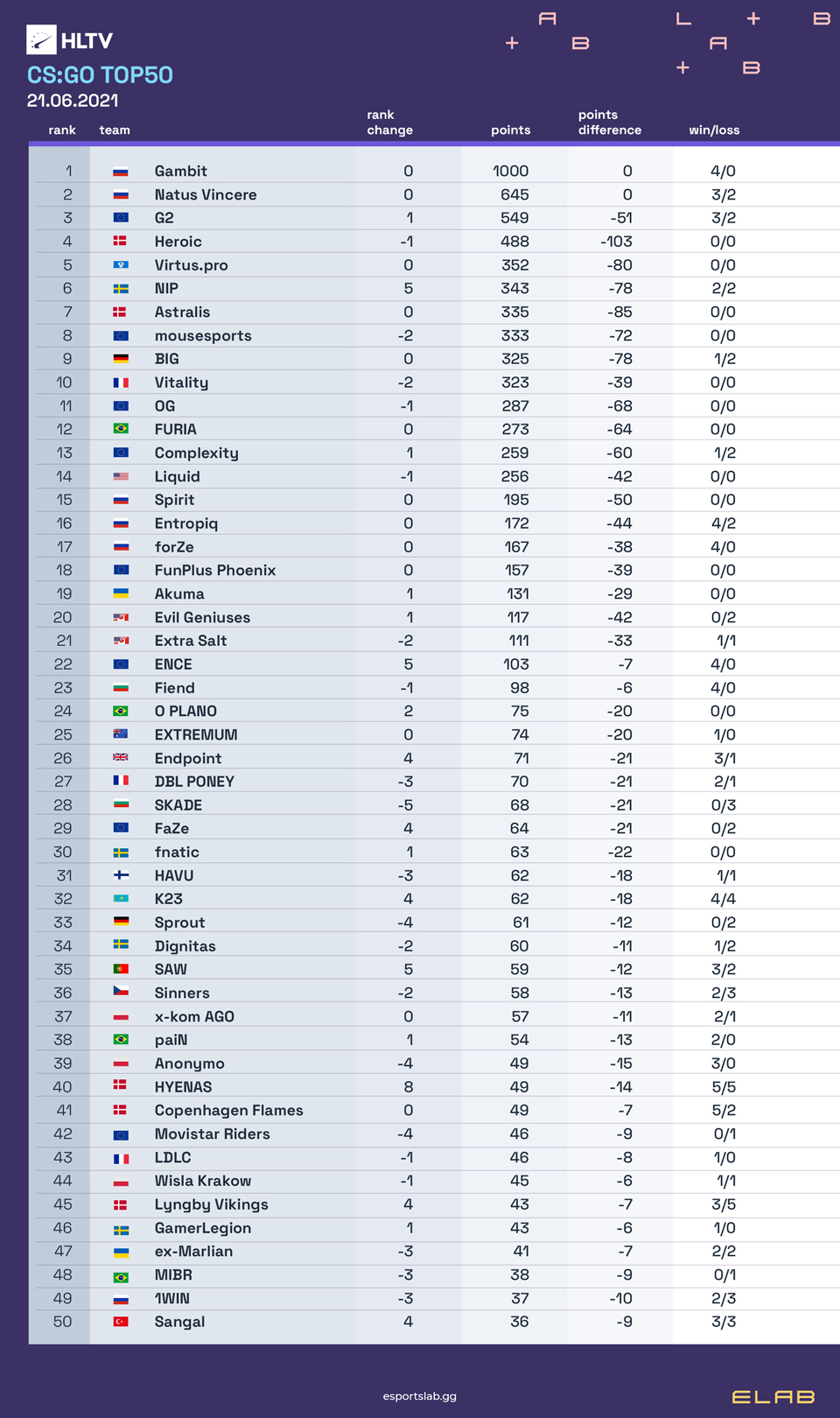 Some of the things we wrote about last week still hold true. Gambit has a lead of over 300 points on the second team, and the latest ranking update made it even harder for anyone to catch up with the Russian teams anytime soon. The top teams has lost almost as many points this week as Gambit alone has in the HLTV rankings combined.

However, there is still very little difference in points between the top teams. Fifth place is separated from 10th place by only 29 points. This is why NiP has risen from 11th place to 6th in the last week and secured their place among the top ten teams in the world. Advancements of this magnitude can also be seen 20 ranks below, with Endpoint and FaZe. 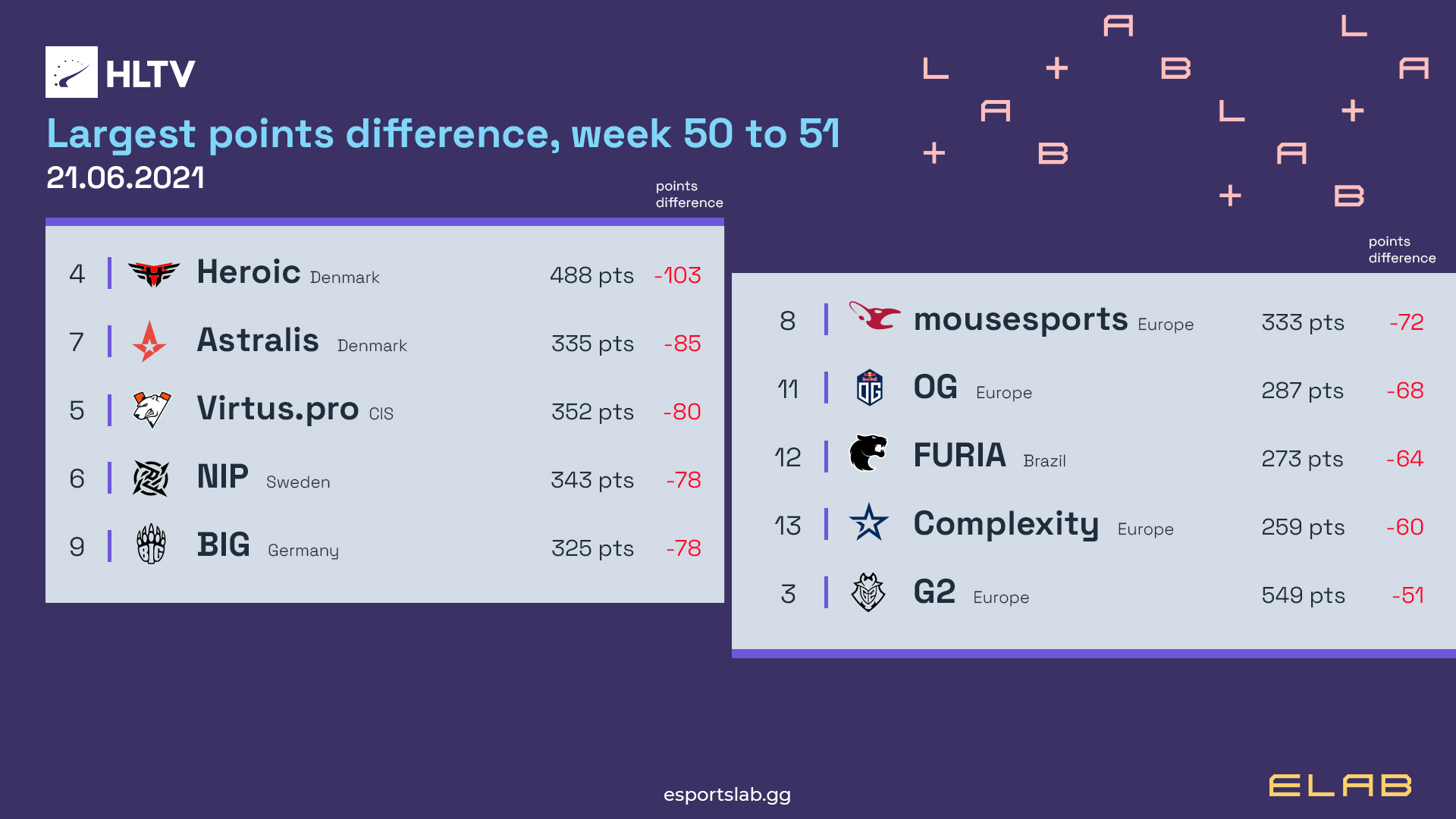 Polish Counter-Strike fans have nothing to complain about lately. In the past week, Polish teams have played against several strong teams, giving the audience a better look at the form of individual players. Like the rest of the ranking, Poles lost some points, but still there are three Polish organizations in the TOP50 - x-kom AGO, Anonymo and Wisla Krakow.