It has been a fairly quiet week for the top teams of the HLTV ranking. However, the lack of major changes in the TOP20 was compensated by a great week of the Polish team, x-kom AGO.

The previous week featured a couple of really interesting changes in the HLTV ranking. The lack of major tournaments resulted in a loss of points by most of the top teams. Gambit jumped over 300 points from Na'Vi, G2 got even further away from the second position, and the chase group still consisted of nearly 10 teams. 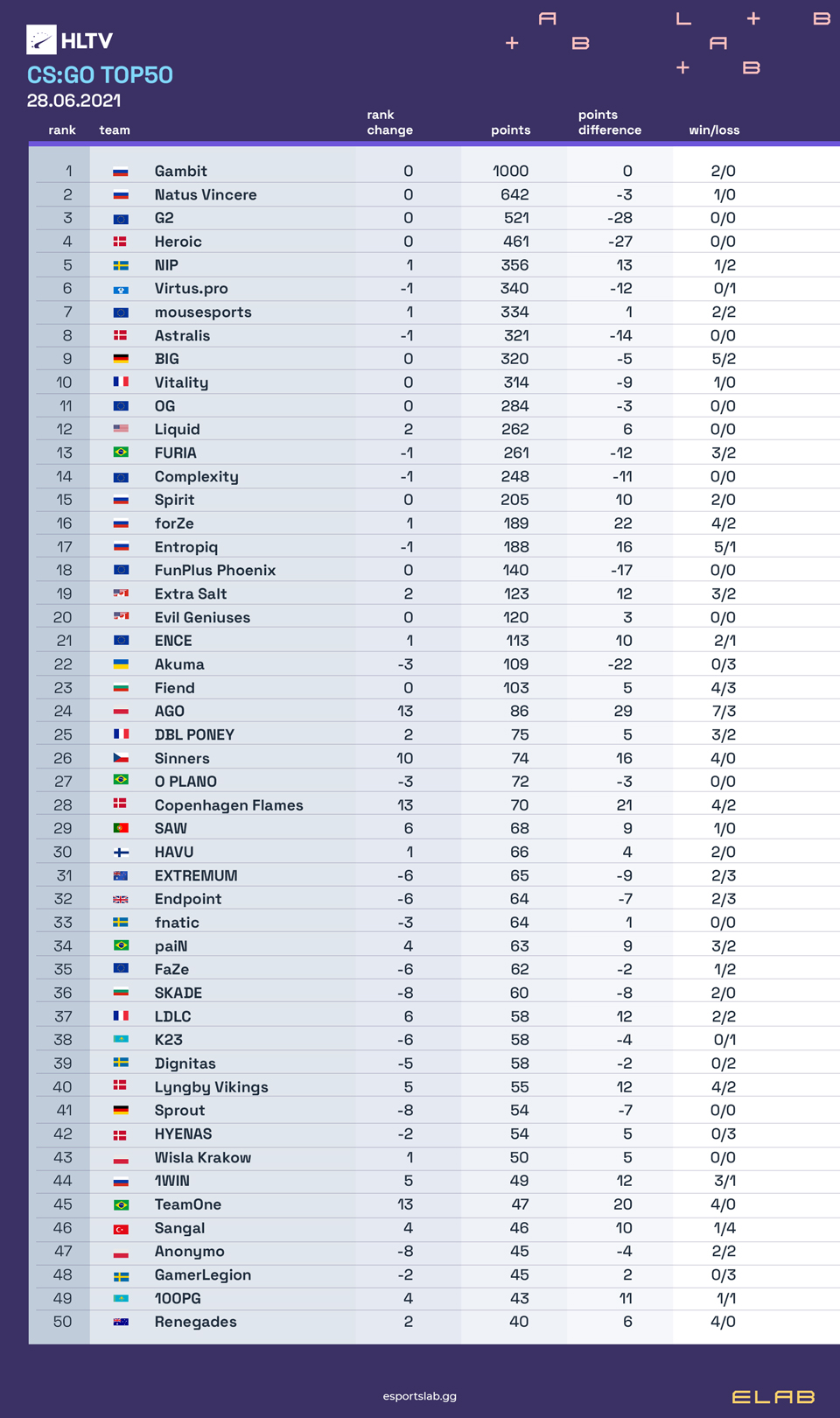 In these respects, not much has changed with the latest HLTV ranking update. Most of the top teams did not even play a single game. Only BIG stands out in this regard, having won five of their seven games. However, they still remained in the same, ninth position.

Bigger changes in the ranking start further down the list, where three teams stand out above the rest of the TOP50 - x-kom AGO, Sinners, and Copenhagen Wolves. Both the Polish team and the Danes have moved up as many as 13 positions. This is the highest promotion this week, achieved also by Brazilian TeamOne. After four victories in the last week, they managed to get into the TOP50.

Polish fans should also be optimistic about the fact that AGO has had some tough opponents in the past week. As a result, we decided to devote more attention to this team. Last week AGO played 10 matches and won 7 of them. They lost twice to Sinners, who moved up 10 positions this week. Instead, they defeated ForZe, Endpoint, LDLC, and MIBR. 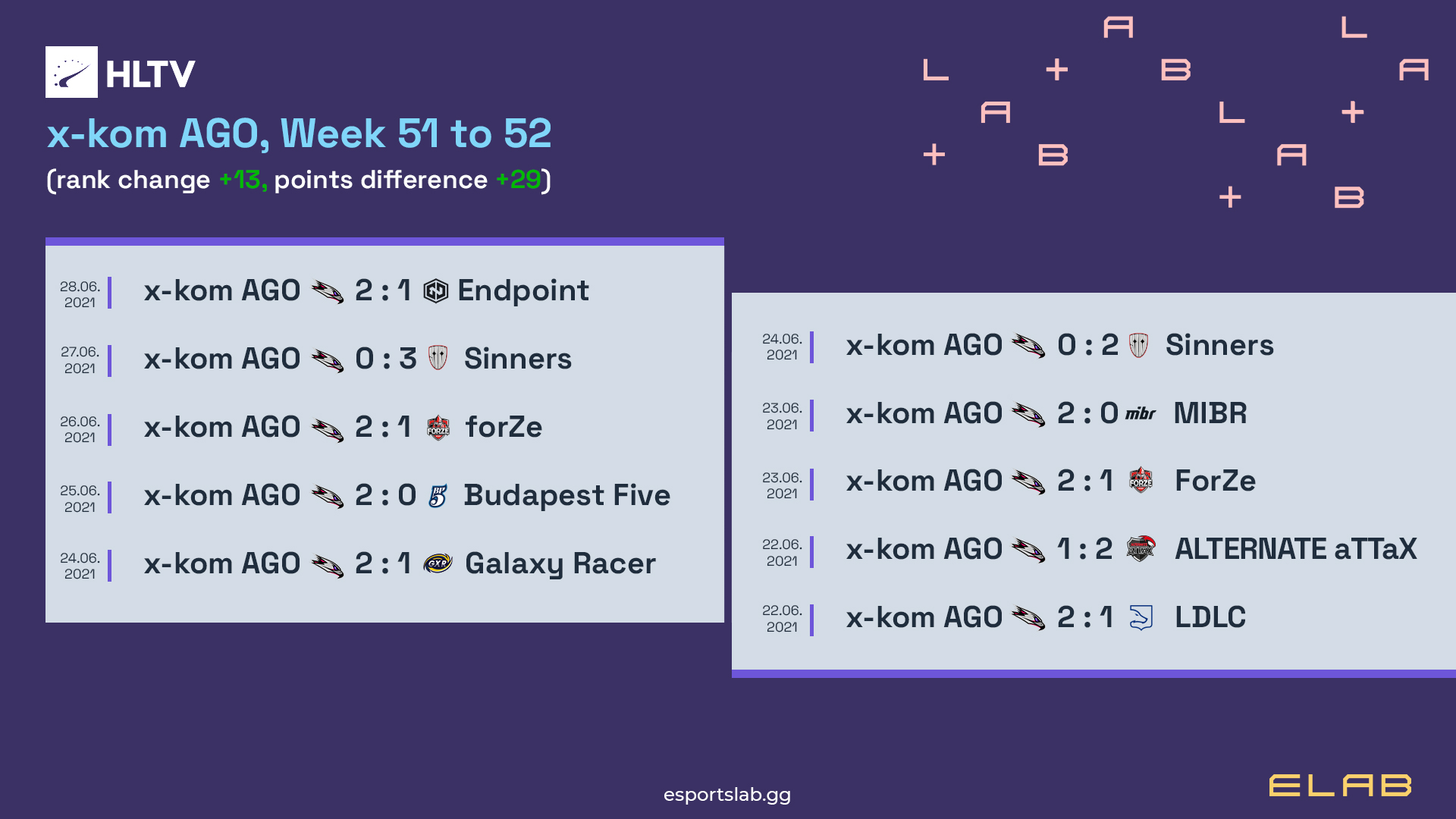 The biggest achievement is of course the 2:1 victory against ForZe in the ESEA Premier Season 37 Europe. After overtime on the third map ended with the score 19:15 x-kom AGO defeated the team that is currently ranked 16th in the standings.

The return of LAN tournaments and the long-awaited IEM Cologne 2021 is fast approaching. The Play-In phase of the tournament in Cologne starts on July 6. Just in time for the tournament, we will have one more HLTV ranking summary for you, which should give you an even better look at who is the biggest favorite for the upcoming event.