Another quiet week in the Counter-Strike world is behind us. The main character of today's HLTV ranking analysis is SKADE, which played a record 11 games last week.

The last couple of weeks can safely be called the calm before the storm. Counter-Strike players, experts and spectators alike have been eagerly anticipating the first LAN tournament in a long time. Here is what HLTV's TOP50 looked like just before the start of IEM Cologne 2021. 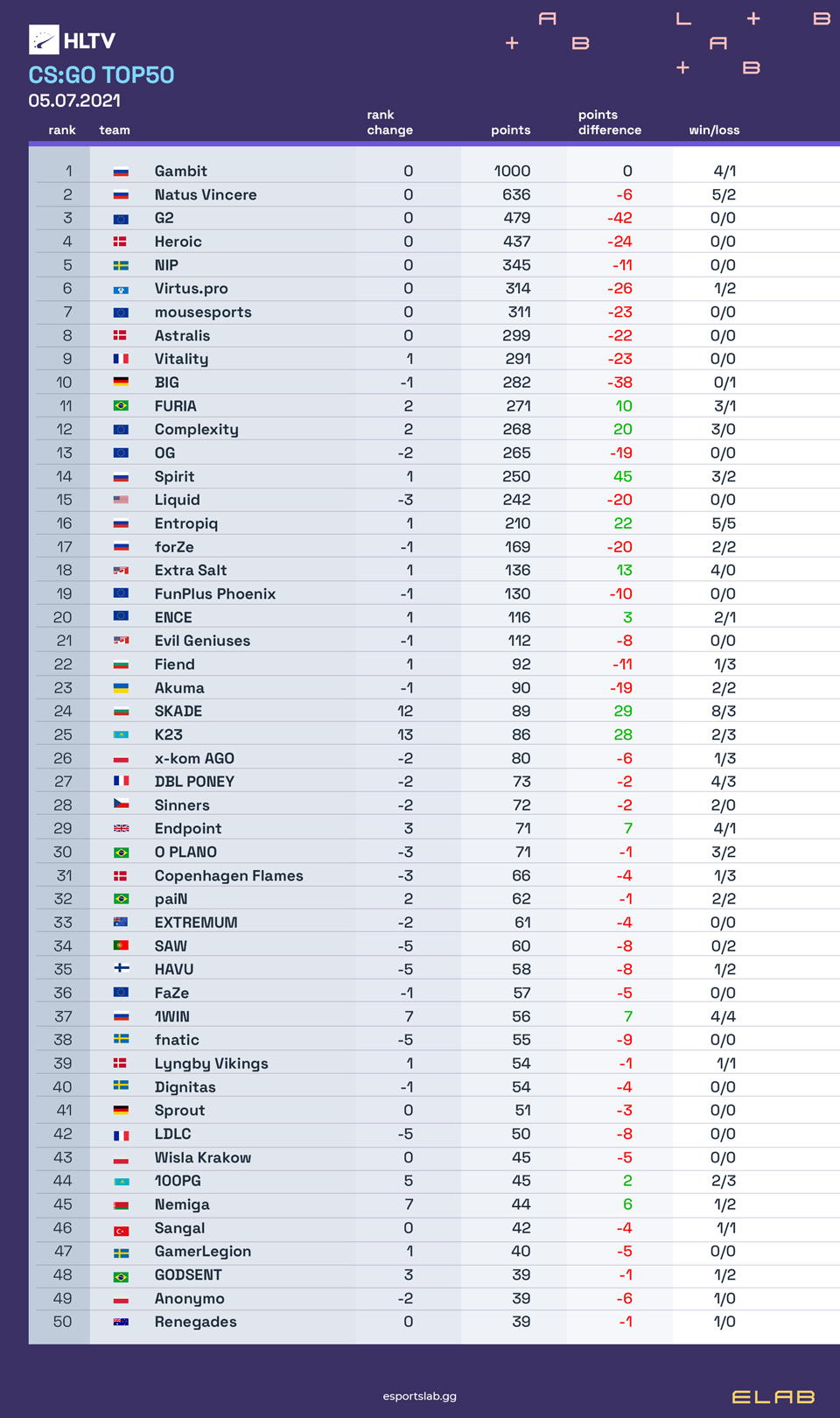 Practically nothing has changed at the top. Only BIG and Vitality have swapped places in the TOP10, while the rest of the organizations remain in their positions from last week. Thanks to the recently held qualifiers for the Major, we can also see a rise in the ranking of several Russian teams.

Furia and Complexity have had an exciting weekend. Although they did not move strongly in the rankings, both of these teams won tournaments last week. A 2:1 win over SKADE gave Furia a triumph in the Elisa Invitational Summer 2021, while Complexity defeated Entropiq by 2:0 to win the Spring Sweet Spring #3 online tournament.

Not much was happening on the Polish Counter-Strike scene. Only three teams played some matches last week. Most eyes of Polish fans were turned towards PACT. They played three matches, won two of them, moved up 22 positions and thus entered the TOP100 of the HLTV ranking. 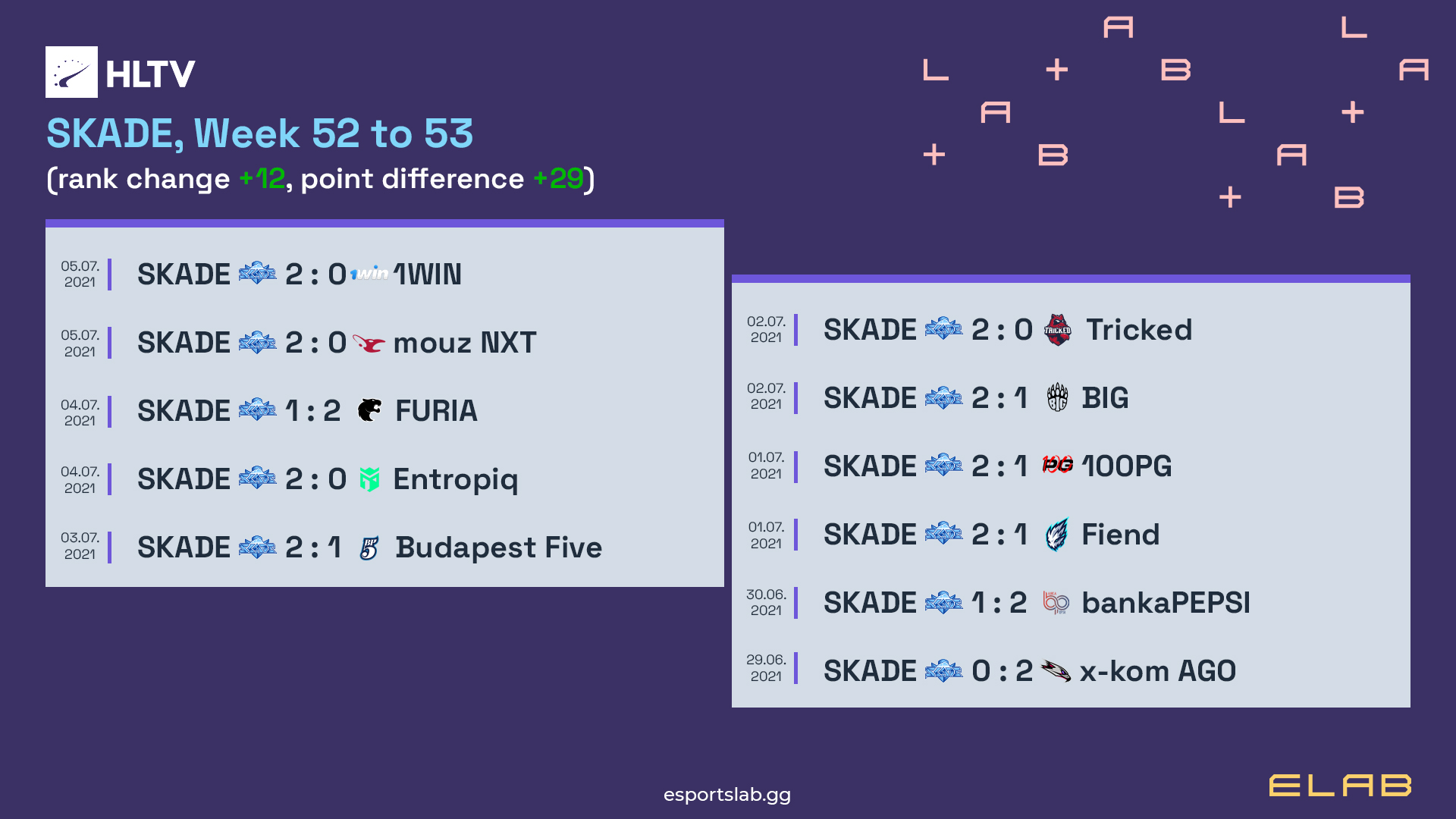 We decided to pay special attention this week to K23 and SKADE. Both of these teams moved up more than 10 positions after the latest ranking update. However, it is SKADE that has had the most impressive week. In seven days they played 11 matches and won eight of them. In the clash with Furia they even came close to winning the entire tournament. The team moved up 12 positions from last week and is now at 24th place in the standings.