European Masters Summer 2021 - six team you should pay attention to

European Masters Summer 2021 main event kicked off on Monday, August 30, and to celebrate, our experts decided to pick out some of the most interesting teams that will compete for the title of this prestigious European tournament this year.

To better illustrate our analysts' arguments, we support each team's description with our heatmaps. Some of you may have already seen them during this year's MSI or the Ultraliga broadcast. Now they help to show the gameplay trends of the most interesting European Masters teams.

The first heatmap shows the early game on the blue side of the map, and the second early game on the red side. The bar on the right side shows how long (in seconds) the team had vision at that spot on the map. 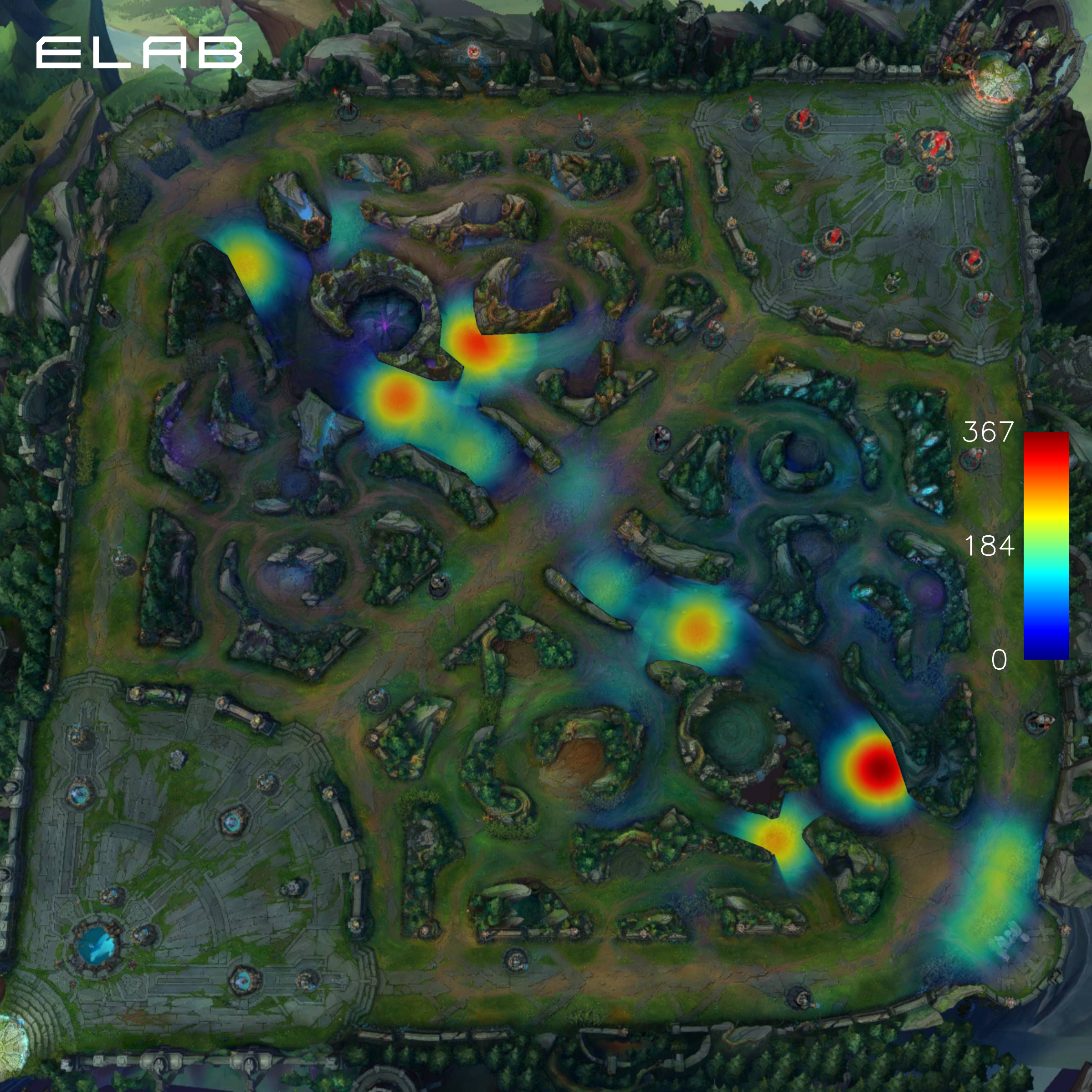 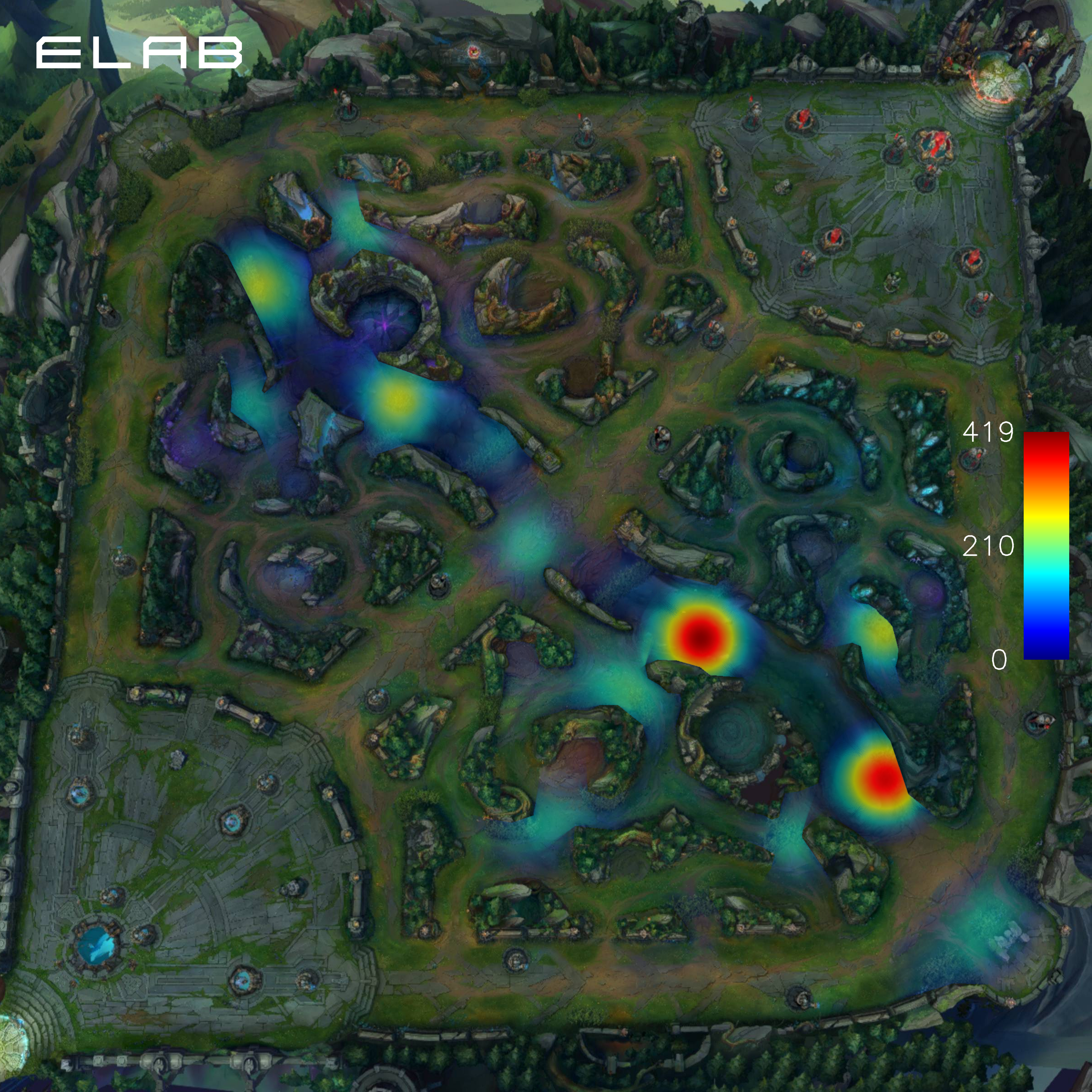 The star of the Ultraliga winner is undoubtedly Czajek. Young midlaner played 16 unique champions throughout the last split and his Twisted Fate is smoking hot! PDW has a proclivity to play for the first Herald around minutes 8-10. They highly prioritize Heralds over first dragons. Because of that, on the blue side, they usually place aggressive vision in the opponent’s topside jungle.

PDW usually plays strongside top and weakside bot. Camille is their high-priority pick. In mid-game, on both the blue side and red side, PDW tries to spread the vision throughout both the top and bottom river. The ace up PDW's sleeve may turn out to be kubYD, who has won the last three seasons in the leagues he has participated in. 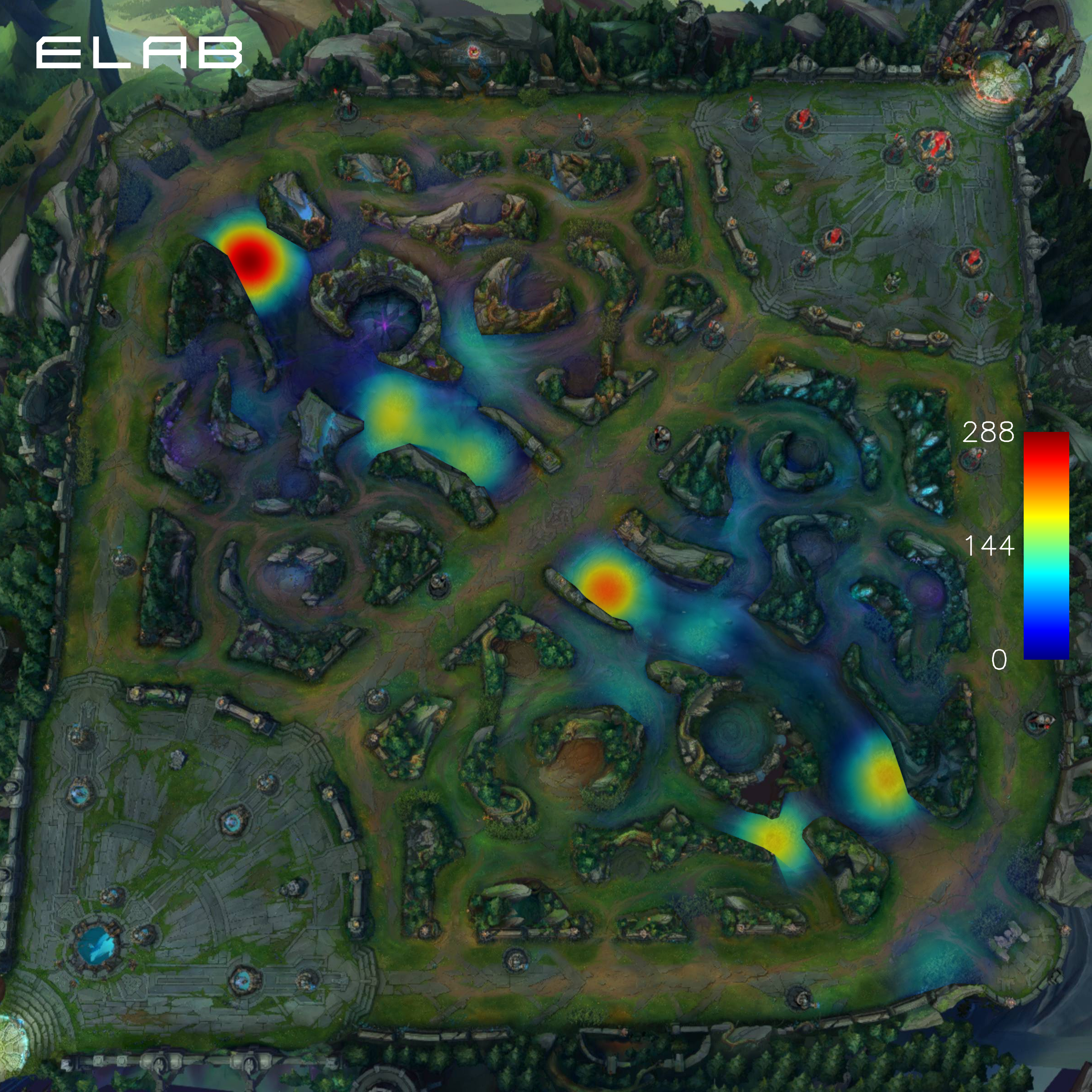 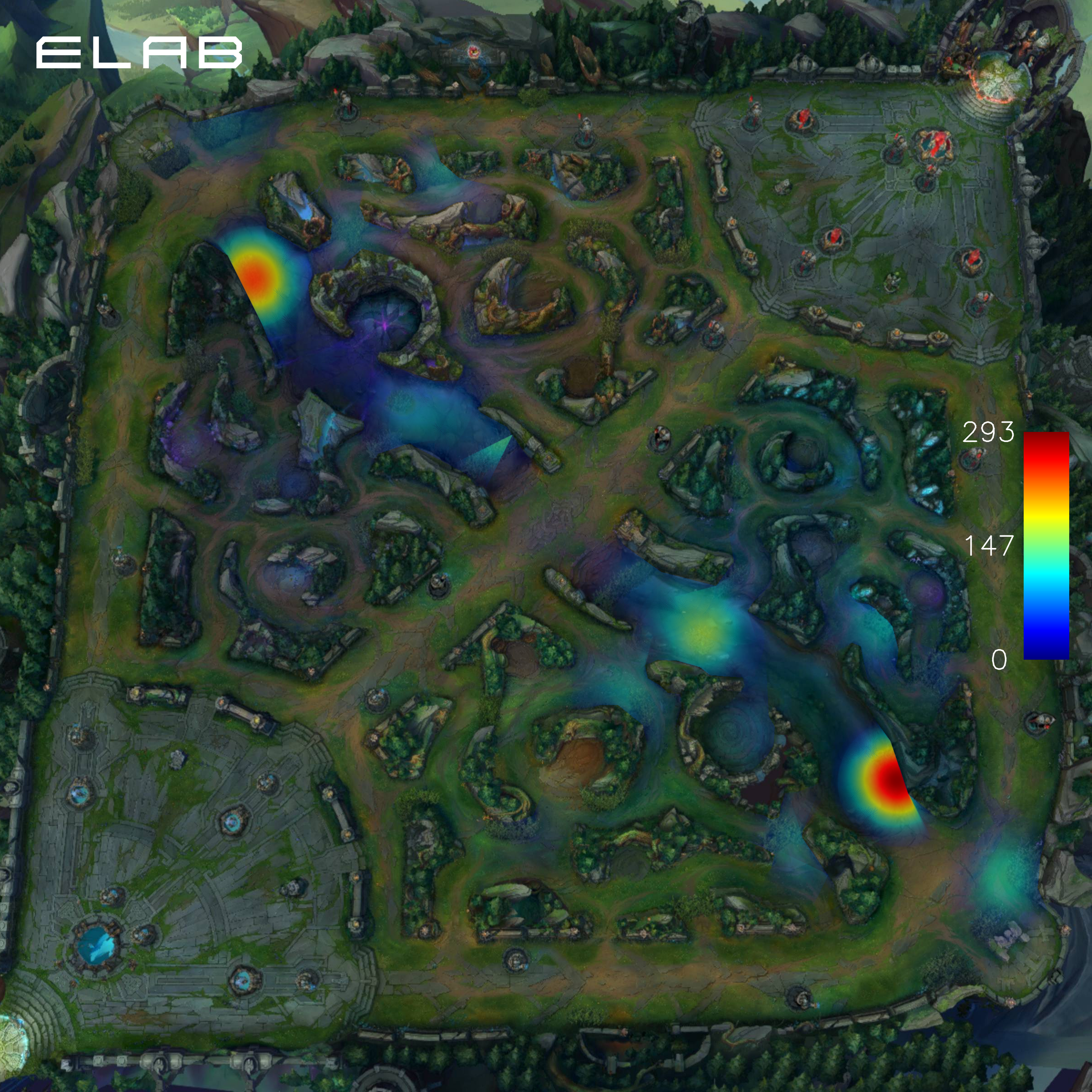 BIG’s star player is RKR, LEC-ready midlaner with a strong Viktor. Another player to watch is definitely Melonik. He went from saving the Ultraliga spot in relegations with Actina Pact to winning the Prime Division in 2 years.

BIG highly prioritize first Herald. They usually play for it as it spawns. On the blue side, with ganking junglers that don’t need to full clear, like Lee Sin or Xin, Akabane tends to path red -> blue -> gromp -> wolves -> bottom scuttle. It is very helpful when: a) enemy jungler pathed topside and they have priority on top, so he can avoid the disadvantageous fight, b) it’s deceitful for opponents who think that Akabane is pathing topside, so if he has prio bot and the opposing jungler pathed bot lane, he can double scuttle his opponent.

BIG in mid-game, on both blue side and red side, tend to secure vision around mid lane brushes in order to secure the prio and freely move towards the objective. Their blue side vision in the early game is much more aggressive than the red side one. 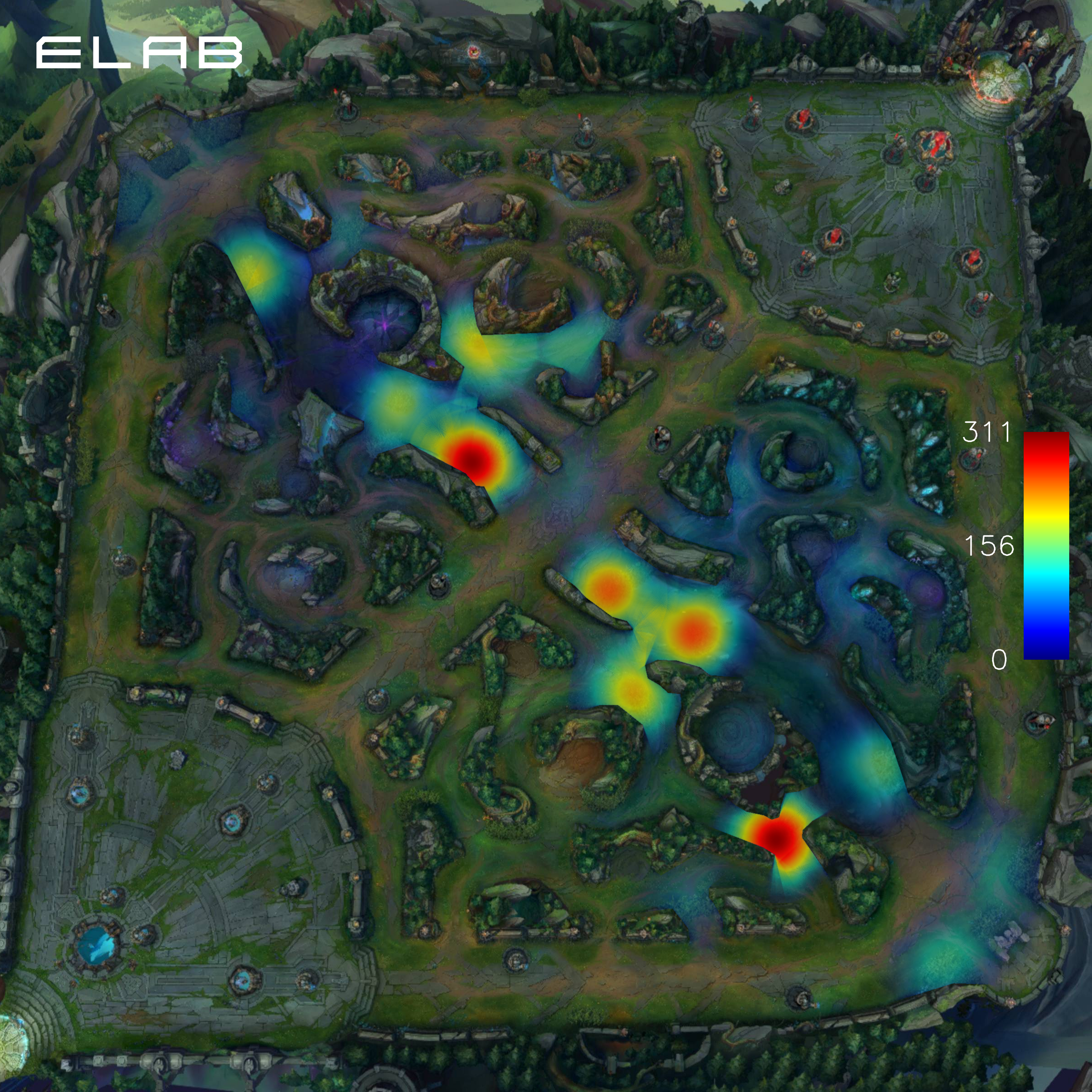 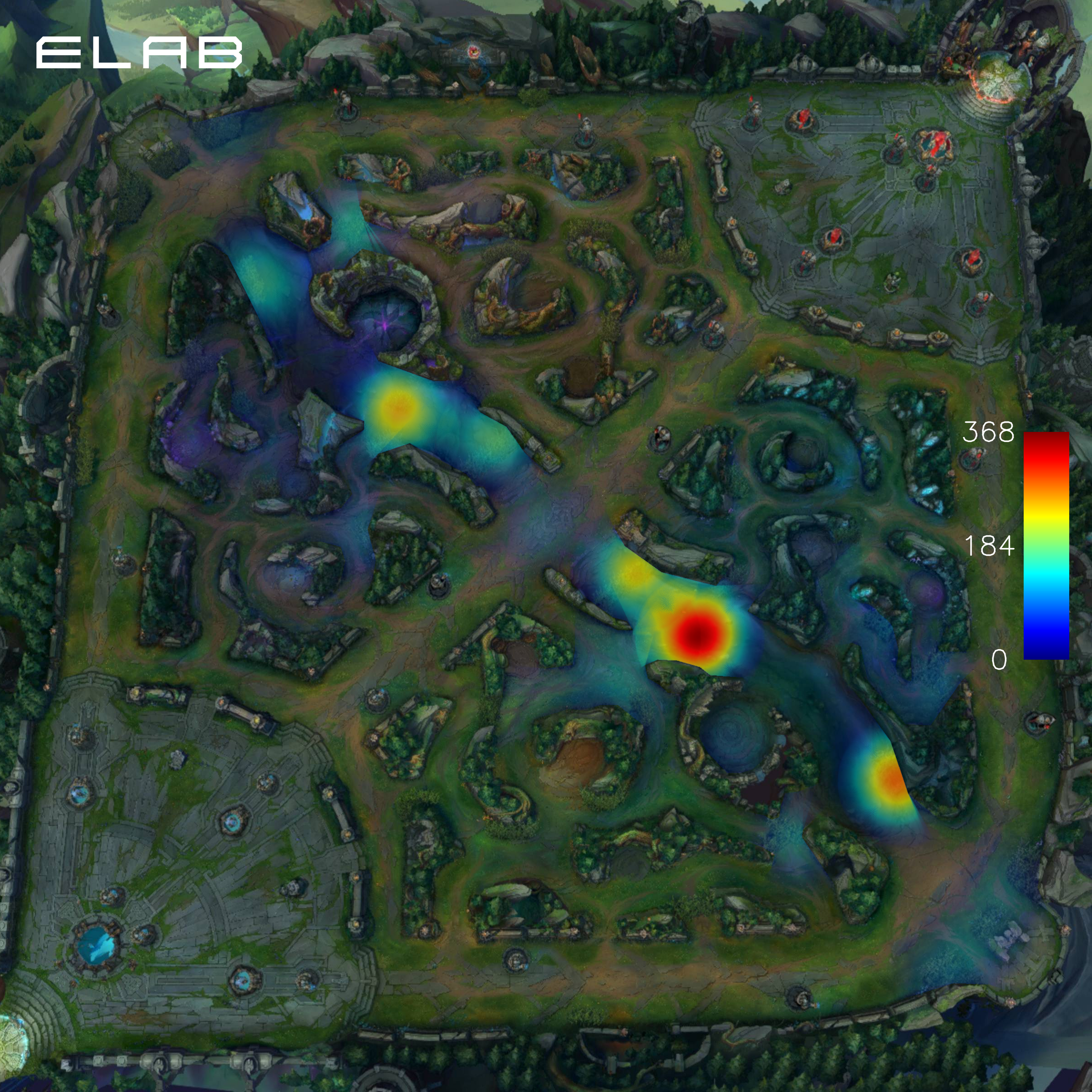 Pridestalkr, as a hyper carry jungler is pretending to the role of the best jungler during EU Masters Summer Main Stage. He had the best KDA in EU Masters Play-In - 12.2 and got a Pentakill against AGO Rogue. Satorius is a typical task player - he can play on both strongside and weakside. Gadget as a typical poke ADC player in this meta, feels so good on Varus/Ezreal choices. Czekolad = Polish Corki.

MOUZ is feeling comfortable during their lane phase. They know what to do on every single wave and how to correctly do a play on a map in an early game.

In the mid-game, on both the blue side and red side, MOUZ tries to spread the vision through the mid lane to feel comfortable with setting up the prio. 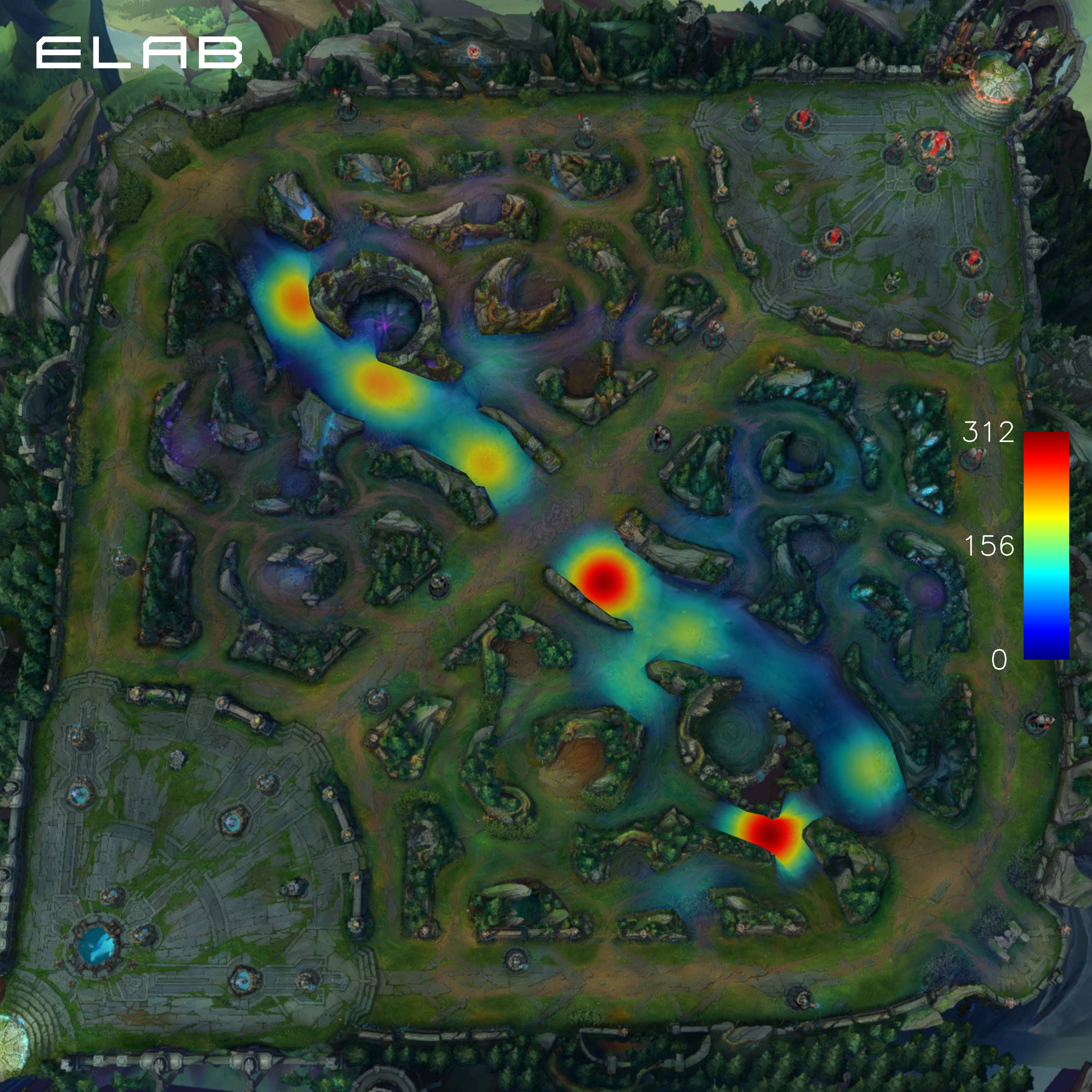 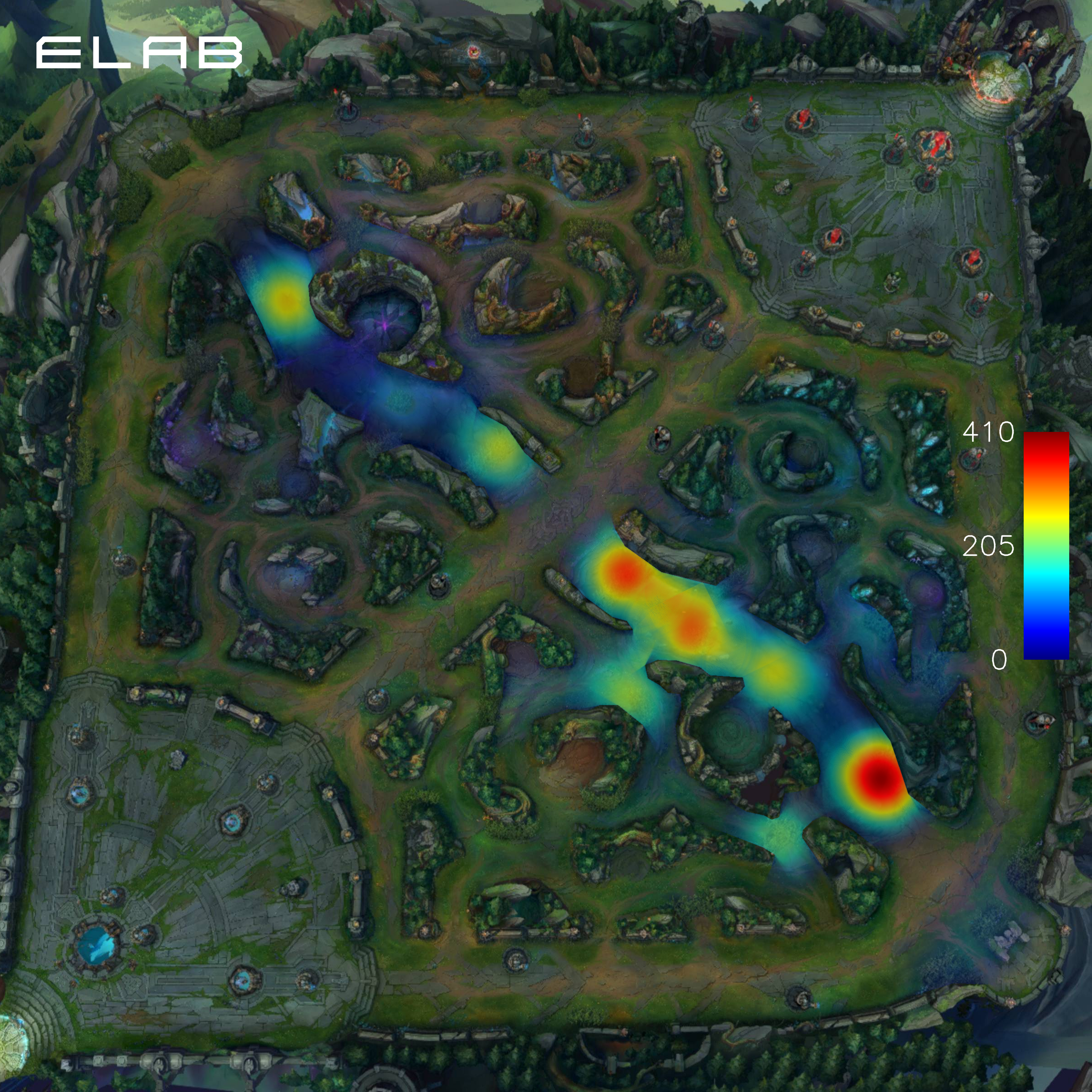 Attilla is a huge superstar not only in the Giants but also in the EU Masters! Giants is making every single play on the map around him and snowball games through botside. Th3Antonio is a typical weakside player. 113 as a second carry who is getting his team through the early/mid phase of a game.

Giants frequently plays around the first herald as a whole team. Attilla's rotation is a key during this play. They really care about vision around objectives. KaSing with a whole team is preparing this aspect very well. Giants’ early vision is mostly concentrated around bot lane. Usually they put defensive type of wards on both the blue side and red side. 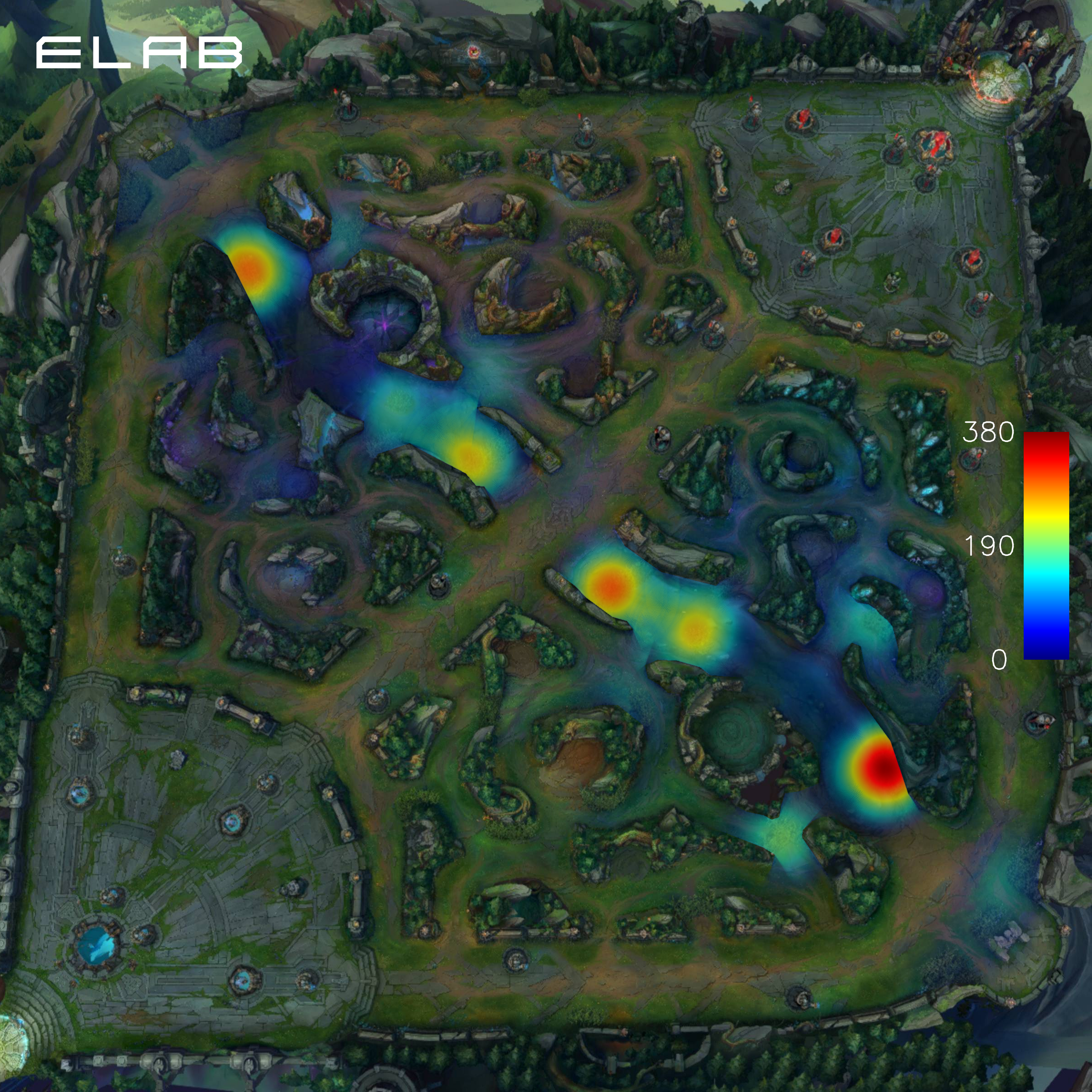 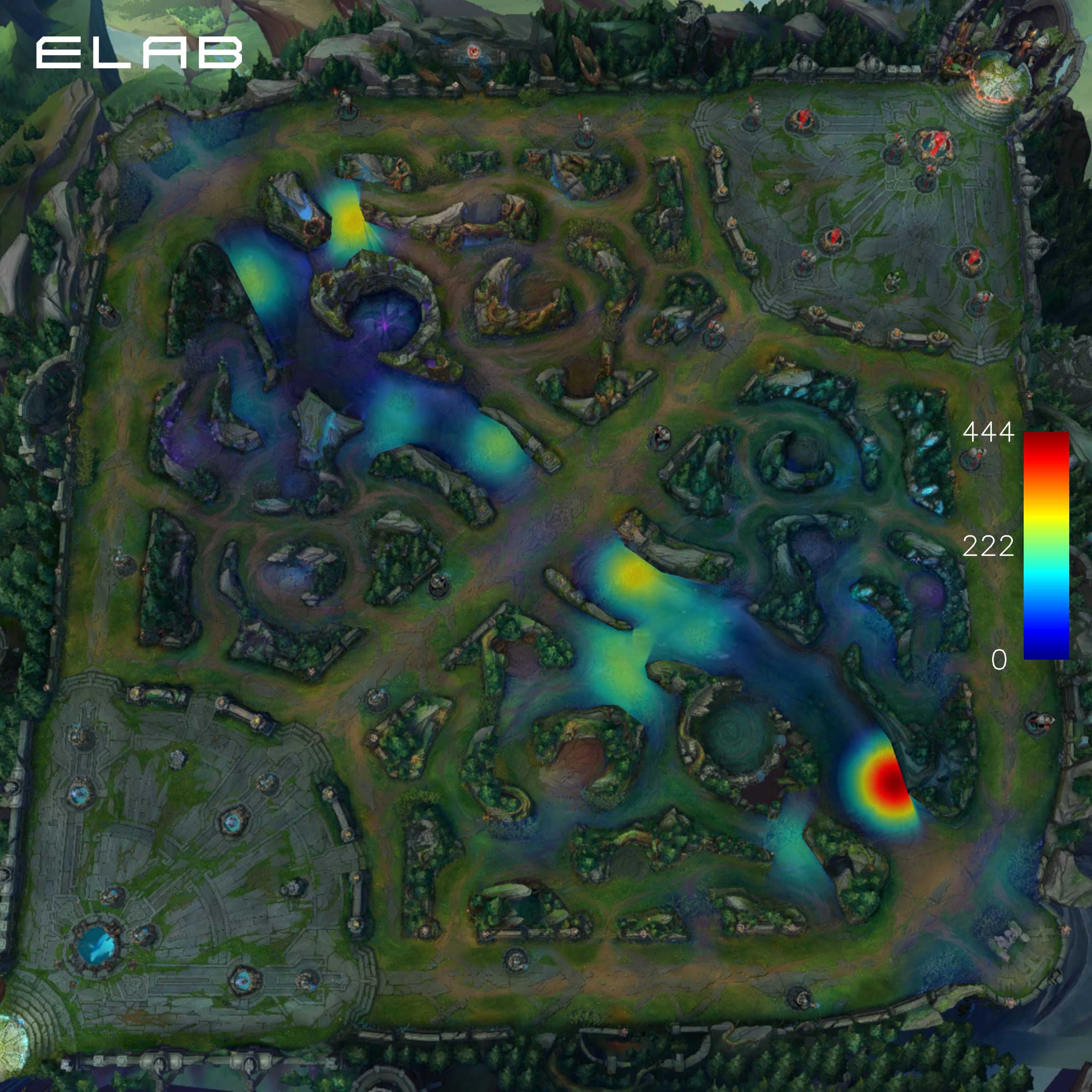 Woolite is most comfortable with hyper carry picks such as Aphelios or Kai'Sa but if there is a need he is also able to play Varus or Ezreal. Sertuss is a very flexible player - he is able to play almost any type of champion to fill the needs of his teamcomp. Jactroll has huge competitive experience gained from playing in LEC. The team is also supported by the fact that it consists mainly of Poles. There shouldn't be any problems with communication.

Misfits frequently play around Heralds. In the early game the vision is centered around the river, both top and bottom part of it. Later in the game on the red side they tend to have defensive vision around Baron and on the blue side they tend often place defensive wards near Dragon. 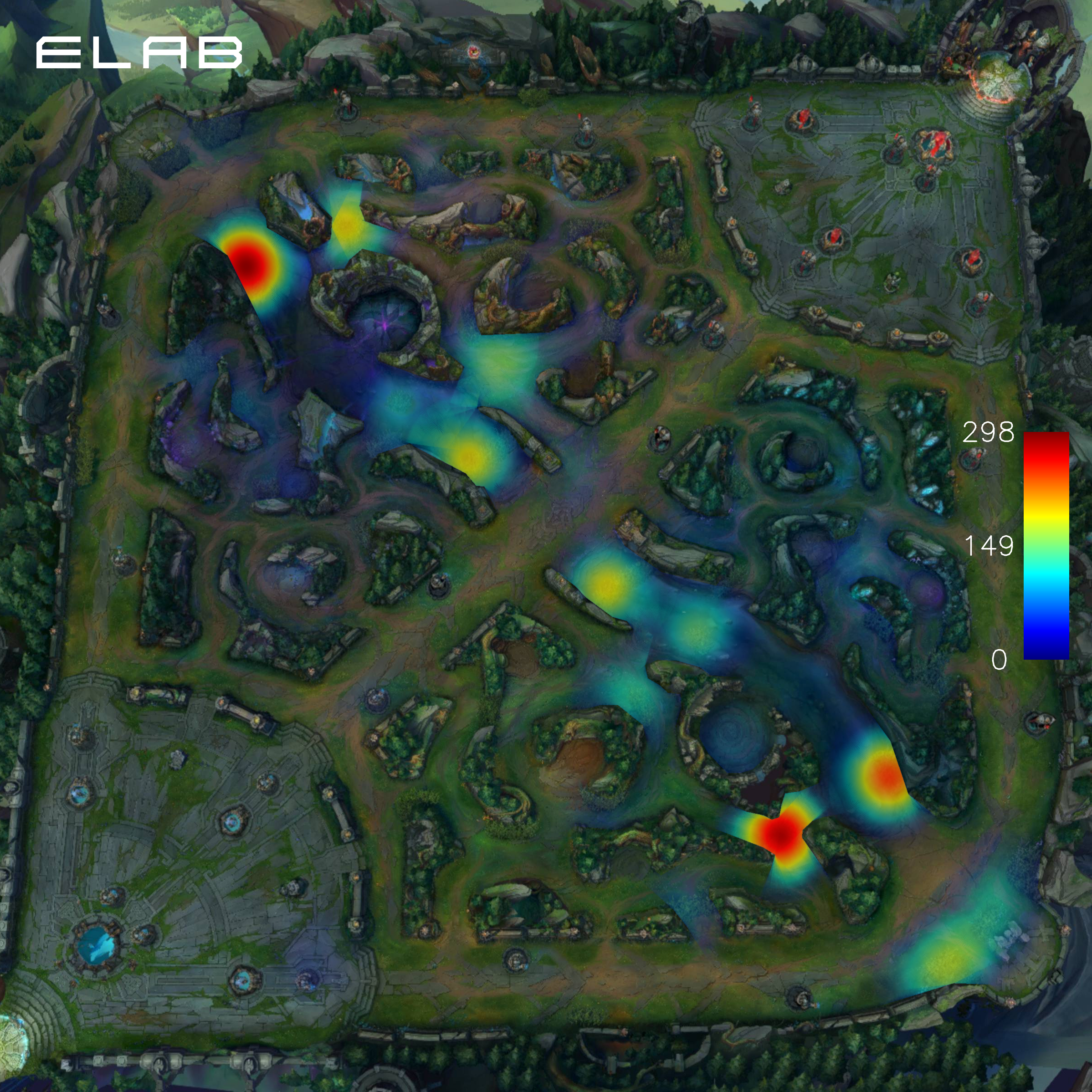 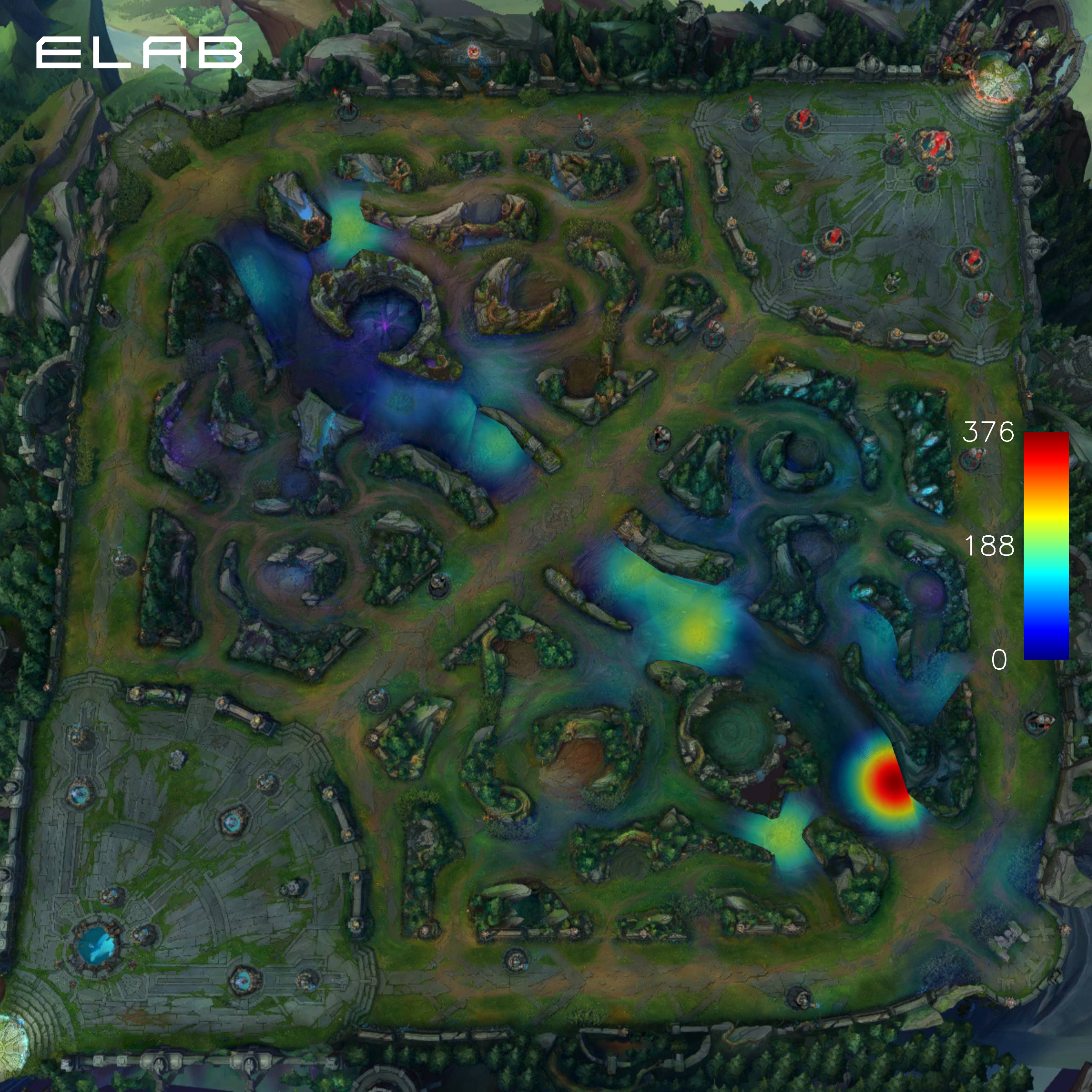 Definitely a team worth watching. Despite not being able to win LFL Summer Playoffs, winners of Spring European Masters surely will have many tactics and ideas prepared to claim the title once more.

xMatty and Saken had second and fifth best KDA throughout the whole LFL Summer. xMatty is most comfortable on the poke champions such as Ezreal and Varus. Cabochard is a typical weakside player.